The announcement on Thursday afternoon by the premier that the restrictions remain in place until June 2nd was not a great surprise.  Felix and I both gave a groan of ‘oh, no’ when we heard it but by supper we were on to other things and are looking forward to the roll out of new freedoms an a gradual return to normal over the next few months.  The news on Friday that we can gather out of doors beginning in July with family and friends who have received the vaccine, was news that we that we need to hear right now.   Unfortunately for the children in the parish who are preparing for Confirmation and First Communion, we announced on Thursday evening that we have to delay the celebrations until late September and/or early October.  Lynette and I have just spent the last two weeks meeting with the parents and children on Zoom and have been energised by their resilience and enthusiasm.

The One Heart, One Soul Campaign continues and has now reached $1,279,087.  Parishioners can continue to contribute over the next number of weeks and sincere thanks to those who have done so already.

We have received some emails about the parking lot and concerns that it is no longer available for parking during the week.  Many of you have noticed over the last year that our parking lot was becoming increasingly busy on weekends and weekdays.  For many months we had noticed that the parking lot was being used by people working in and visiting downtown.  After Christmas and during the good weather in March, especially on Saturday afternoon, parishioners jostled for parking space with visitors to the town.  This may have been encouraged by a note in the tourism link on the town website that mentioned that there was ample parking on the streets down towards the lake (which has since been removed thanks to very alert neighbours).  That was the reason that we put up the barriers before Easter.    The single barriers were a good idea but basically did not work.  We brought in more barriers which reached across the entrance and it has made a big difference.  It is no secret that parking in downtown Oakville has become a major issue and before Easter, Kevin Gleason and I had a very interesting and enlightening conversation with our local councillor about the issue.  A follow-up conversation with the town alerted us to the fact that our signage for the parking lot was very poor and if we wanted the town help us with our problem, we needed to correct that and clearly state that parking was reserved for the use of the church and we can seek the assistance of the town to fine or remove vehicles that should not be there.  These new signs will go up in the next week to ten days.  For the next few months as we continue to work with the town on the issue, we will open the barriers at each entrance for weekend Mass and special events in the church and restrict access to the Church parking lot to the entrance on William Street.  Please use that entrance to attend weekday Mass or to reach the office or parish centre.   If you would like to use the parking lot during the week to walk along the lake, please park in the designated spots directly in front of the church.  Do not park on the street sides of the parking lot.

All four Gospels refer to Jesus as “the son of Joseph.” Pope Francis’ begins his Apostolic Letter for the Year of Saint Joseph, Patris Corde, with the words ‘With a father’s heart….. which sets the tone for the entire letter: “St. Joseph reminds us that those who appear hidden or in the shadows can play an incomparable role in the history of salvation.” Monsignor Murray Kroetsch and Teresa Hartnett will offer a 90-minute ZOOM webinar on Tuesday, May 25th, at 7 p.m. to explore the Pope’s letter and the reasons behind this year dedicated to Joseph. You must register to receive the link on the Diocesan website.

I was in Shanghai for the beginning of Chinese New Year in 2014.  While there, I had the opportunity to catch up with a former parishioner and student at the University of Waterloo who grew up in a suburb of this enormous city.  After a memorable meal with his parents and some friends and as I was preparing to return to my hotel, his dad gave me a beautifully wrapped gift and asked me not to open it until I reached Canada the next day.  It was a big book of black and white photographs depicting life in the traditional Catholic Church in China over a thirty-year period from mostly rural communities and small towns.  Some of the photos are exquisite and the depictions of ordinary life and traditional piety are very moving.  The traditional church has been under severe restrictions in many parts of China over the last few years despite an exchange of diplomatic agreements with the Vatican.  While I was in Shanghai, I discovered a church that was very young and thriving but there were also whispered concerns that the freedoms that they enjoyed were going to be curtailed.  May 24th is the feast day of Our Lady Help of Christians which Pope Benedict in 2009 dedicated as a day of prayer for the Church in China. In 2018 Pope Francis asked Roman Catholics around the world to participate in The Global Prayer Initiative which happens in the week between Pentecost and Trinity Sunday, May 23-30, this year.  During this week we are asked to pray for the church in China.  Check out the website. 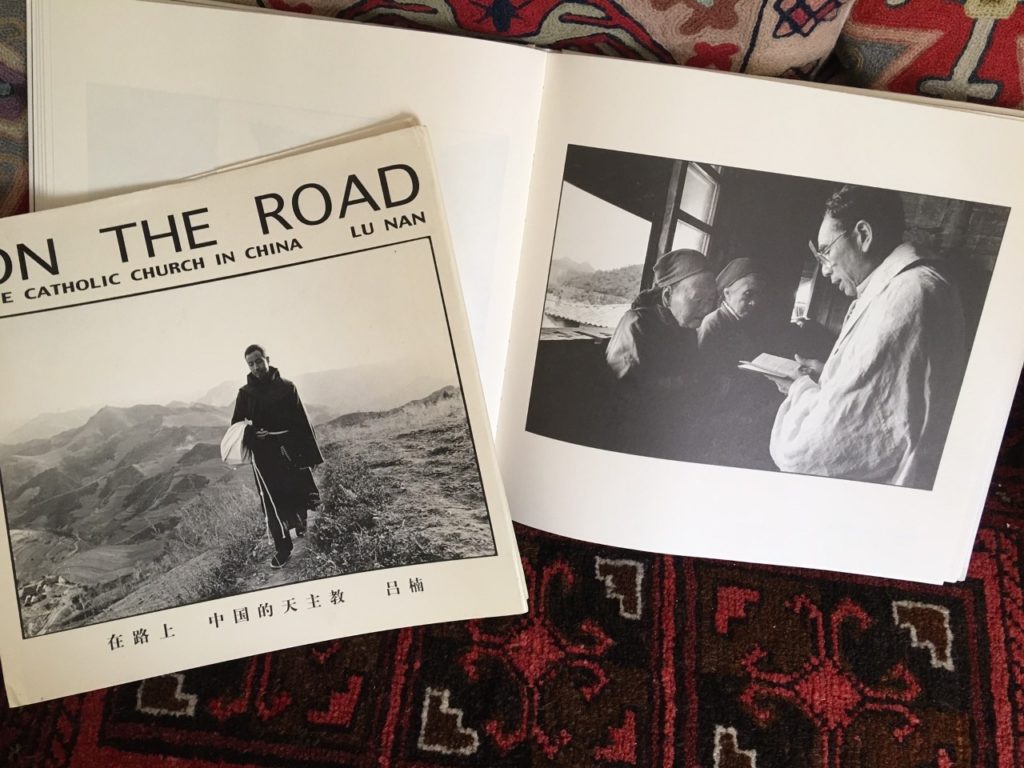 We have had a very unusual rise in the number of funerals in the parish over the last few weeks with three more over the next few days.  Please pray for the repose of the souls of: Giuseppina Capone, Anell Francis and Feodor Zizic.  May they rest in peace.

Gerry is back and all is well.  We are using the delay in reopening to give the church a thorough cleaning including the carpets on May 27th.  Pesky grubs have run amok on sections of the grounds and suggestion as to how to be rid of them would be helpful.  St. Patrick was able to rid Ireland of snakes into the Atlantic but my prayer that something similar would happen with the grubs is not working unfortunately.  Felix may have more success.

And on that happy note, be well and may the joy and promise of the Feast of the Ascension of our Lord inspire you and bring you peace this week.  The link for Mass this weekend is here: https://www.standrewoakville.com/sunday-masses-online/